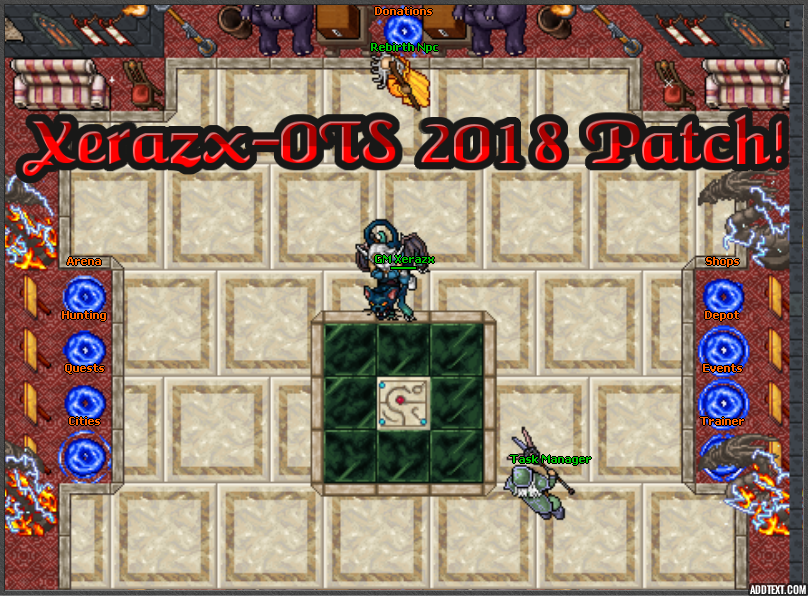 Welcome to Xerazx-OTS 2018 Patch, the one with a cavalcade of changes to tune things up. We've still got one more patch after this to make more adjustments in terms of balance and hunting, but the conversation will be basically the same as it will be for two more weeks from now.

Speaking of that balance, as you can guess, the majority of these changes are directed at high rebirth spectrum. Given how our players are adapting to the new PvP system, we’re committed to tossing love to a vocation that has been out of domain for awhile (Paladin) and taking down some powerhouses from other vocations (Knight, Druid).

Moving from theory to application, vocation diversity in the pro scene’s a bit more homogenous than we’d like to see, so we’re looking to crack things open. This entails setting our sights on some of the omnipresent spells (Exura Immune, Mage Surge, Exori Hur Gran Mas) and bringing up a few spells we think are on the cusp of game viability. 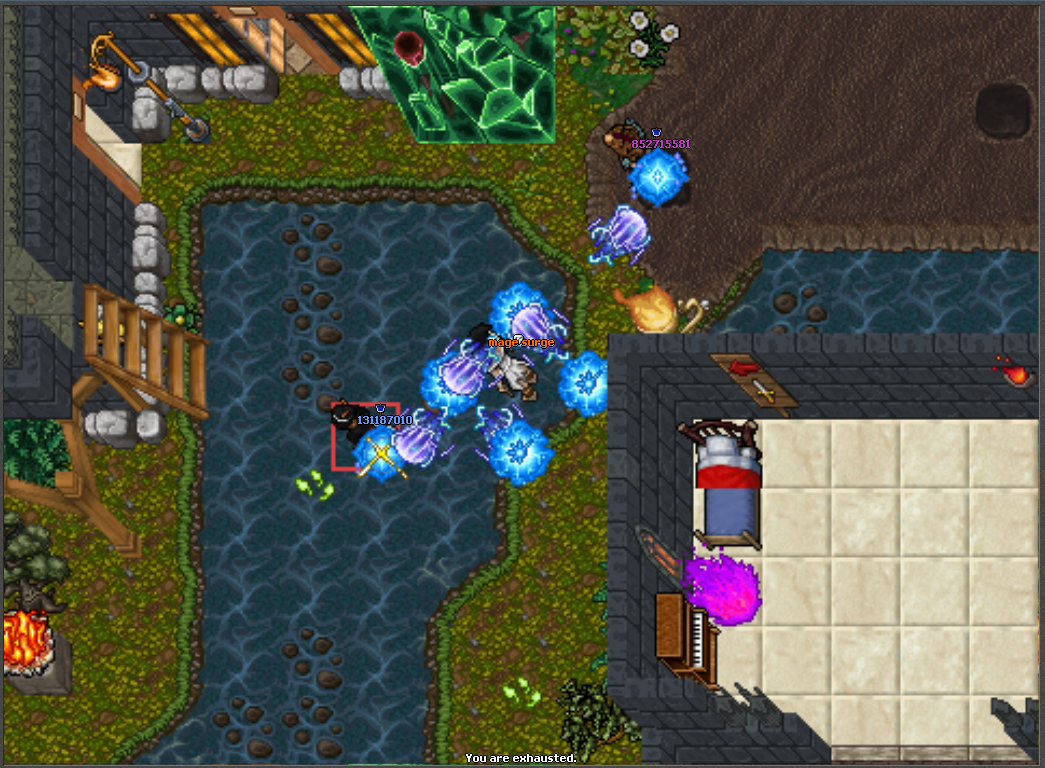 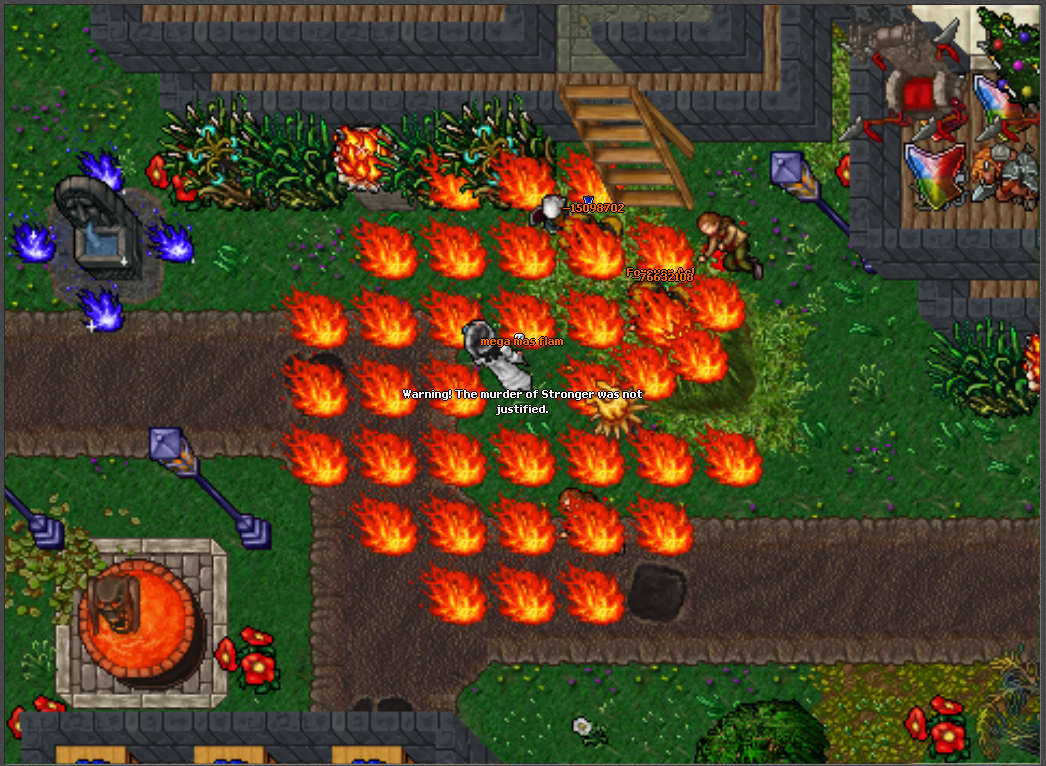 Let's start with the spell that everyone has been talking about (Mage Surge). Mage Surge has been dominating the the world for awhile now, when we introduced Mage Surge we wanted to provide the Sorcerer with a unique spell to increase it's burst damage while putting him in a vulnerable state, the spell half successed in this field but it also gave a huge advantage to Sorcerers in terms of rebirthing up. So, we are pushing it even farther in terms of burst and backing off of hunting. 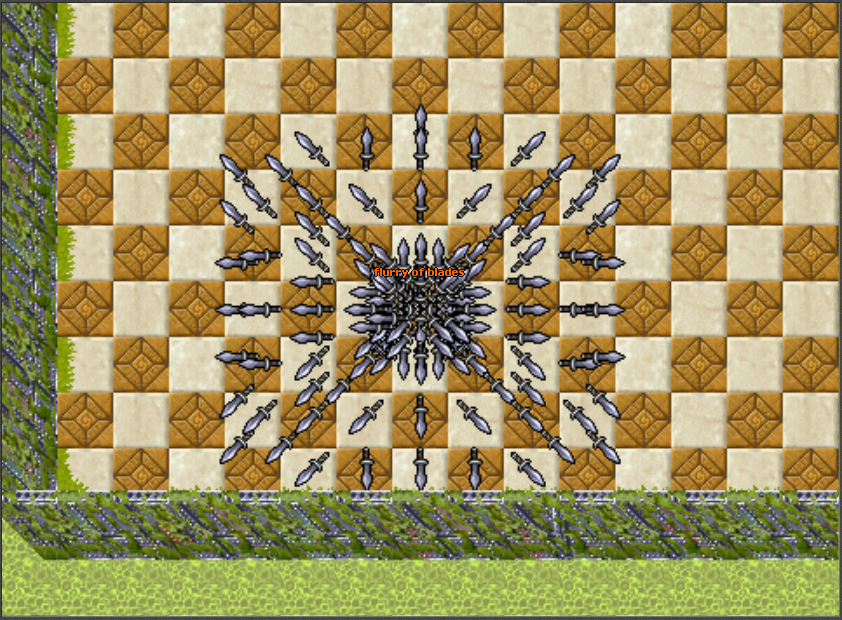 As we promised to revive the paladin once again, we believe that the following changes will definitily buff the paladin in his needed area. 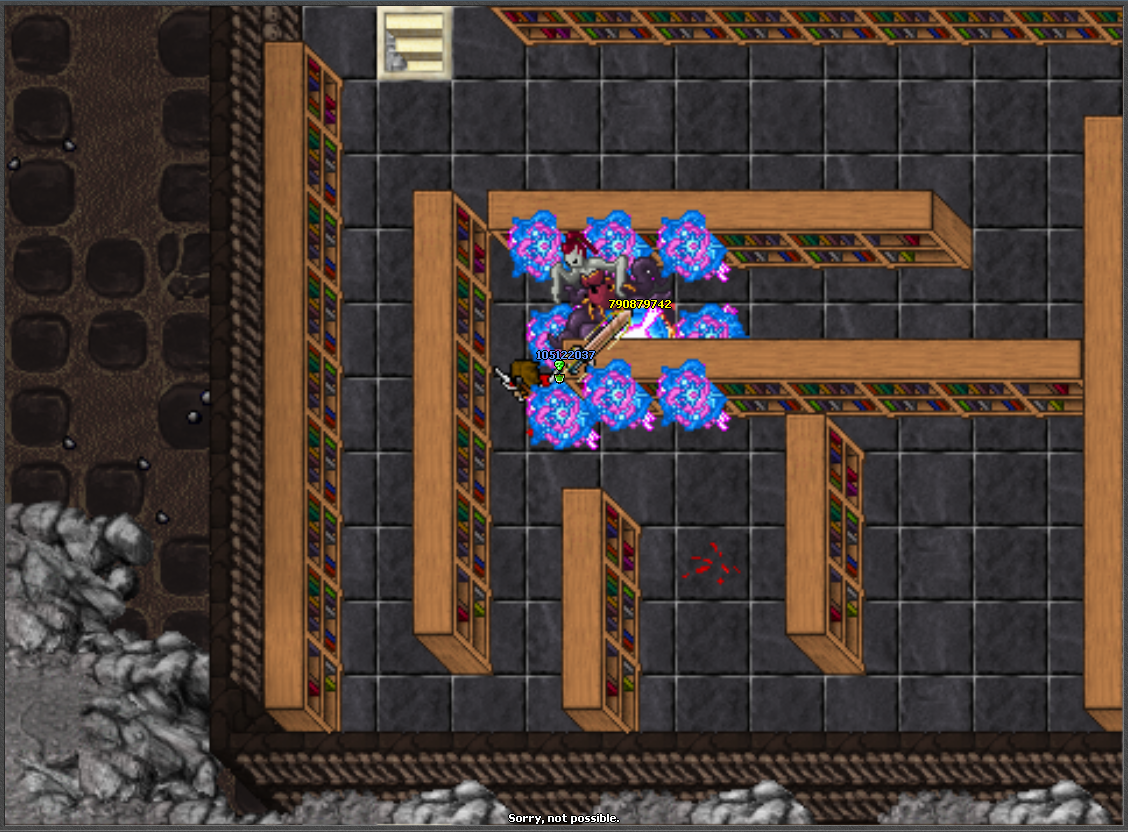 When we buffed the Knight, we wanted it to be a member of the Fighter class: a durable, damage-focused melee vocation that wants to hunt down prey and finish it off himself and it successed in his role, however, with the current healing the play style settled into Vanguard (offensive tank) with no cons. When a vocation can cover his weaknesses without making tradeoffs, it’s not a fair experience for anyone, we are balancing this off by reducing the Donate UH by a considerable amount while pushing his characterstic melee damage. 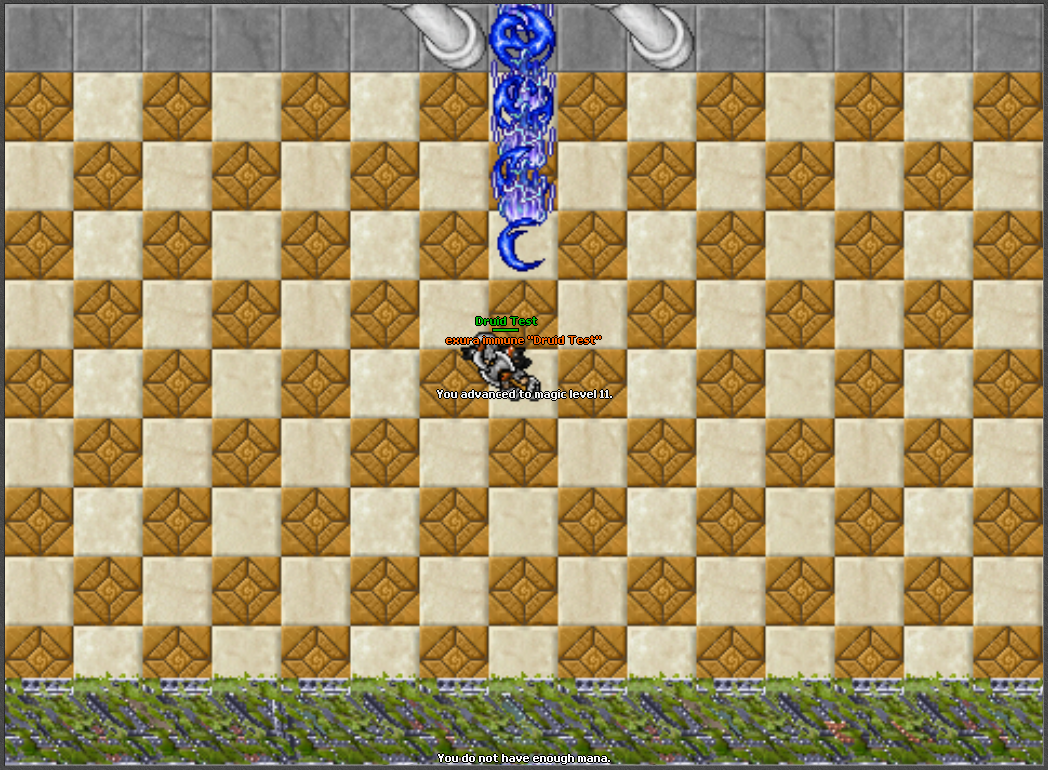 When we released the Hulk spell we wanted to provide Druids with a unique spell that can be used for sustainability and damage when necessary, however, it's effectivness when standing toe-to-toe with opponents means he is able to recover the cost plus the damagen taken at all situations. In the interest of keeping the Druids survival window short, we are increasing the hulk cost to enforce the notion that a smart spellcasting is how a Druid will get the upper-hand.

Freeze! Freeze rune, we could write a big article here but we will try to summarize it. Freeze rune is doing great at the things it's designed to do but looking at it from different prespective, it's taking away all the survival options for an opponent unless he has someone to unfreeze him. We don't want to completely neglect the player's re-action to freeze when an unfreezer is not present. So, we are limiting the freeze capabilities and removing the unfreeze option.

Death penalty. Since we've increased the death penalty and with the introduction of mega bless, things have been going pretty good in terms of `death cost`, but, the required effort to make mega bless is subversive to the system and thus why we are introducing the new !megabless command which will provide you with an instant mega bless upon using it.

While MDC is considered the main currency in Xerazx-OTS and is used in various things from travelling, bless, rebirth, to buying supplies it's current drop rate is not sufficient enough to cope with all these material, players always had to give up on one thing to compensate for another and for this reason we are increasing the drop rate of donation coins.

Back in the old days, Rich weapons were the best weapons in Xerazx-OTS, however, as time passes by and people rebirth up their effect was diminishing untill it vanished away. We're bringing them back again by giving them a huge boost by increasing their base damages and allowing them to scale with your rebirths.

Admin SD have been a point of debate for awhile now, it has been exponentially scaling with magic level which granted mages huge opportunity of dealing massive amount of damage at the cost of being idle training magic level; And for this reason we had to increase the required rebirth to use Admin SD to 1000 rebirth. But, that as it was scaling exponentially with magic level it allowed anyone with high magiclevel to do as much damage as a top server with no respect to rebirth difference. We are changing this by making Admin SD takes into consideration your rebirth more than your magic level.

Mana Per Soul healing was originally tailored for a world where Manarunes didn’t have much healing and healing a friend was not an option. We’re no longer in that world - Ultimate Manarune has worked it's way up and we are decreasing the healing of Mana Per Soul.

In Xerazx-OTS and by the nature of our server, the damage is too high and protection is a necessary, a full rich set is a must to be able to compete with others, however, not everyone is capable of purchasing a full rich set and missing even one single item would make a huge difference no matter how high you get. Some people manage to get those items by trading MDC, Crystal Tokens, Winning Events and other ways and some don't. Those who don't manage to get the items have no chance in competing. So, we are taking this off by introducing the new Xerazian Set and Xerazian Weapons. Those items have the same stats as the Rich Items but with less durability, which means it will require more frequent repairs than the tradional Rich set. 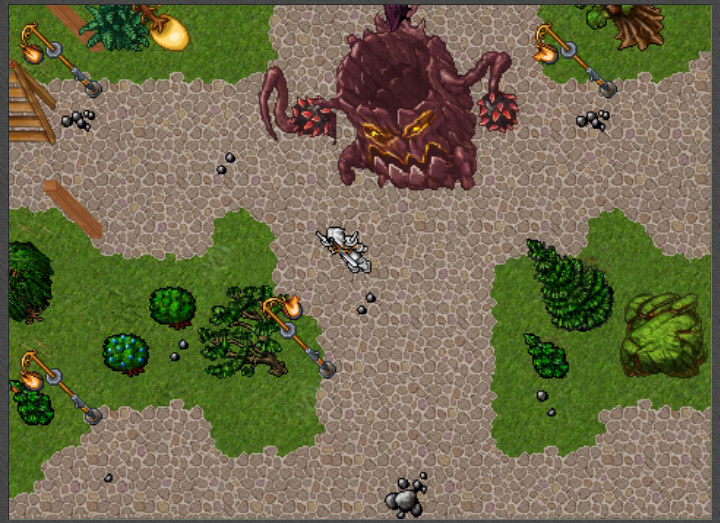 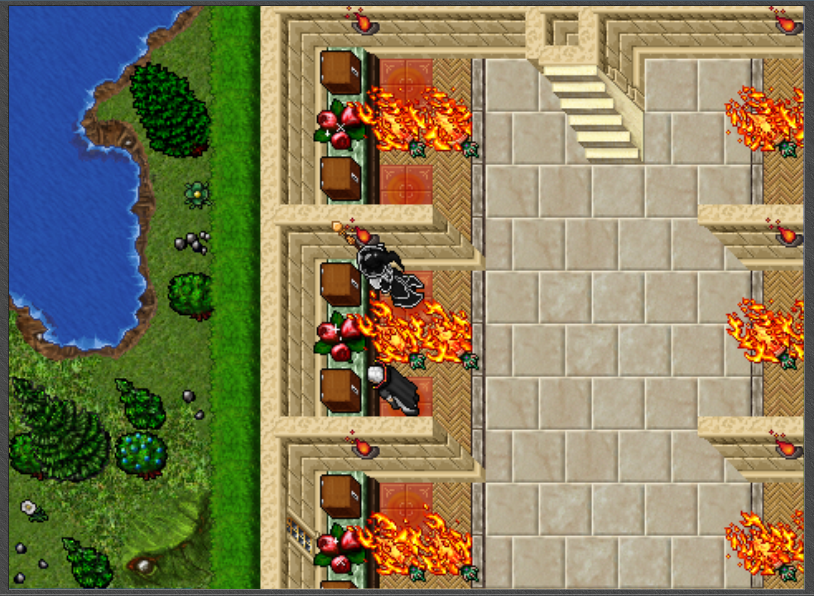 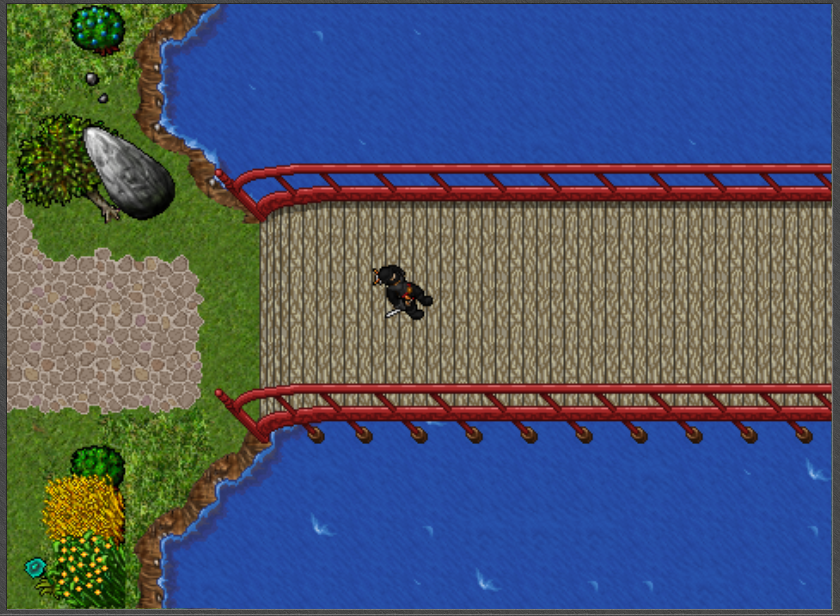 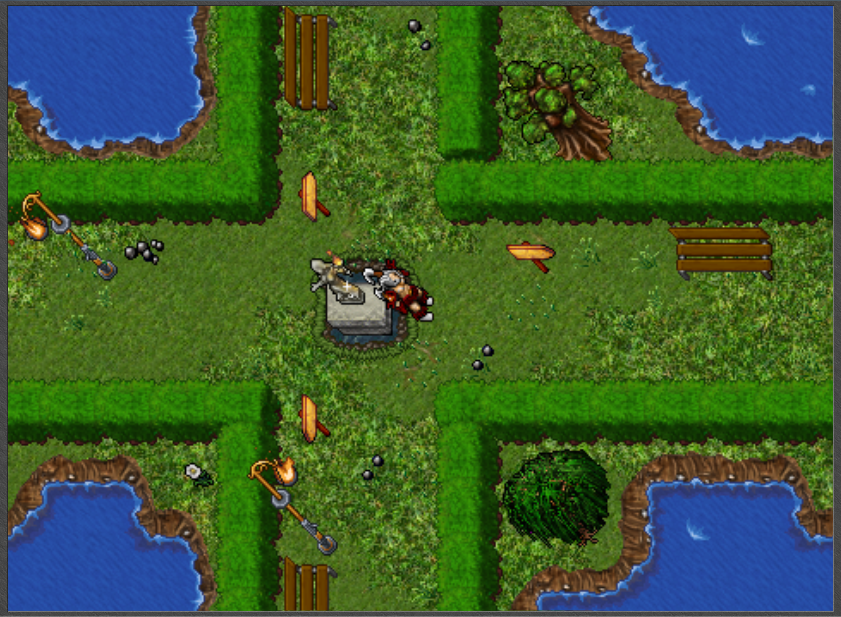 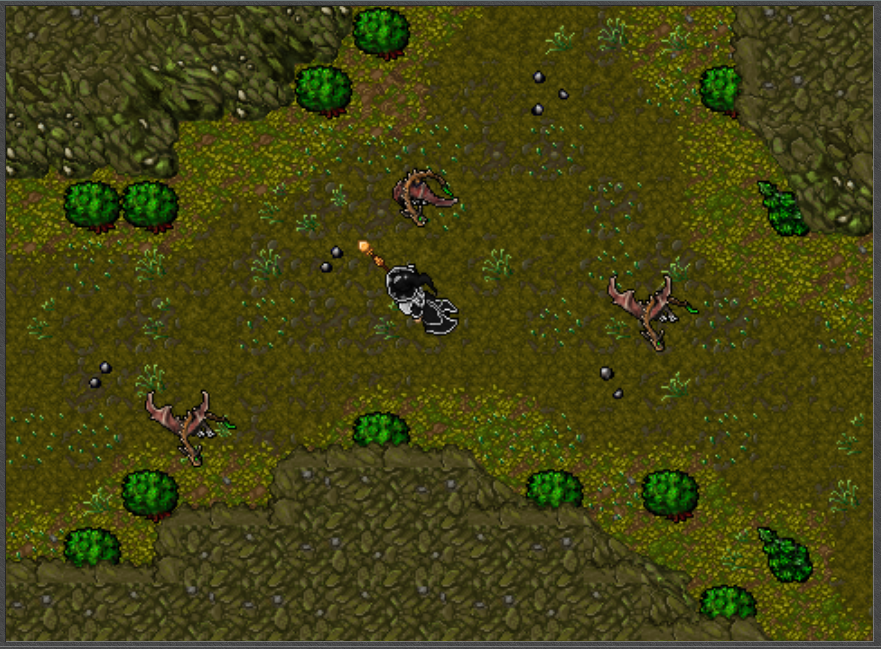 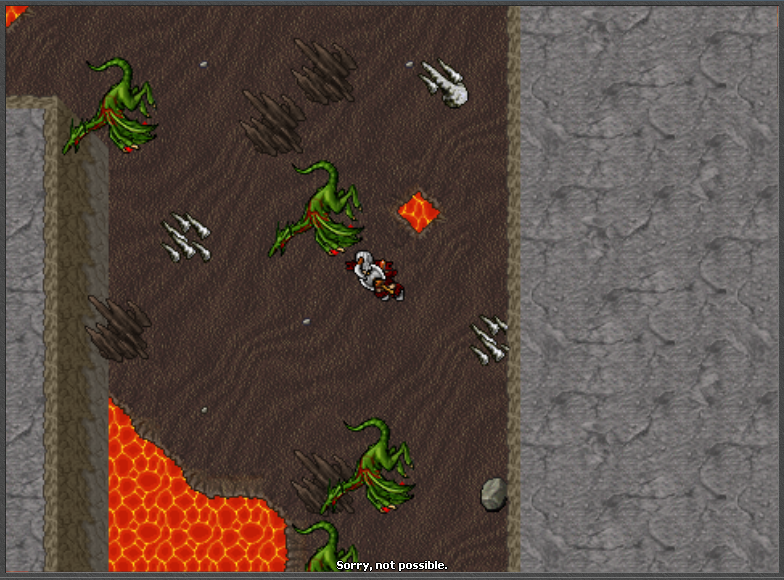 Moronia has always been the most loved city by the Xerazians, it has all the memories and considered the history factory of the big plays, but as we grow and progress other cities have been taking over. So Moronia is making a triumphant return to Xerazx-OTS lands with a new rework. 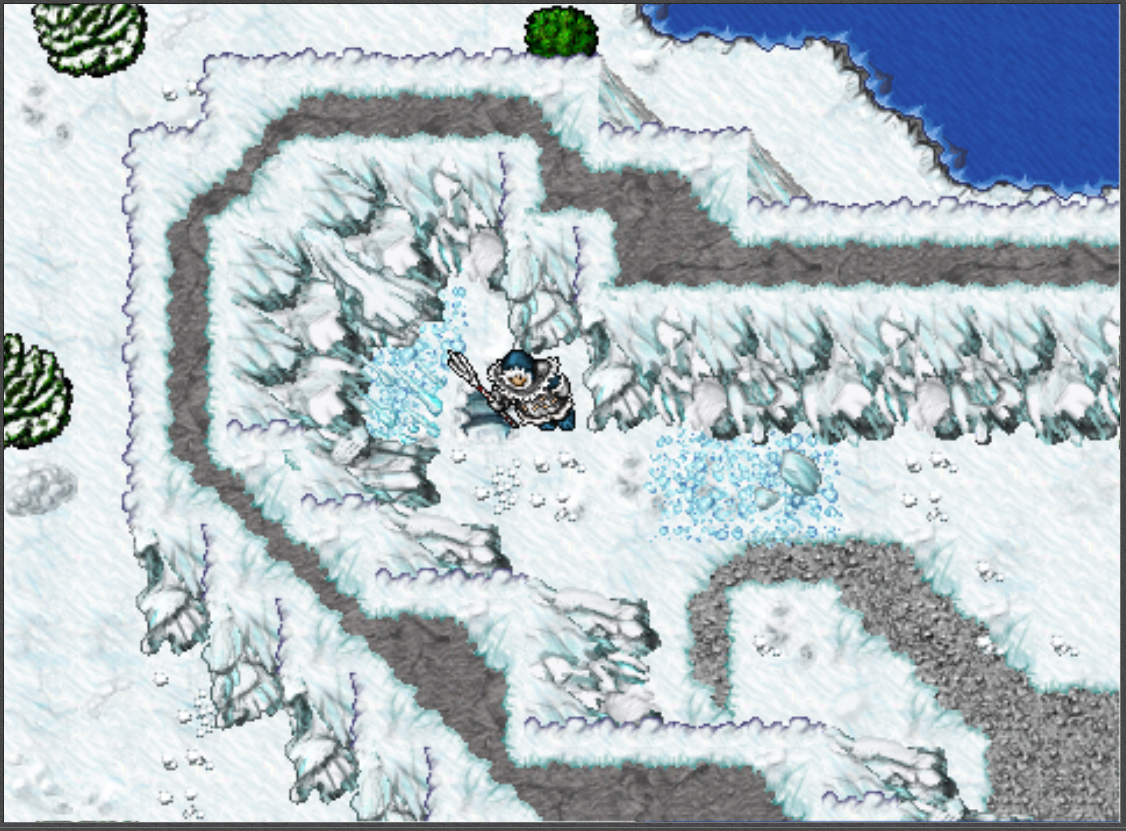 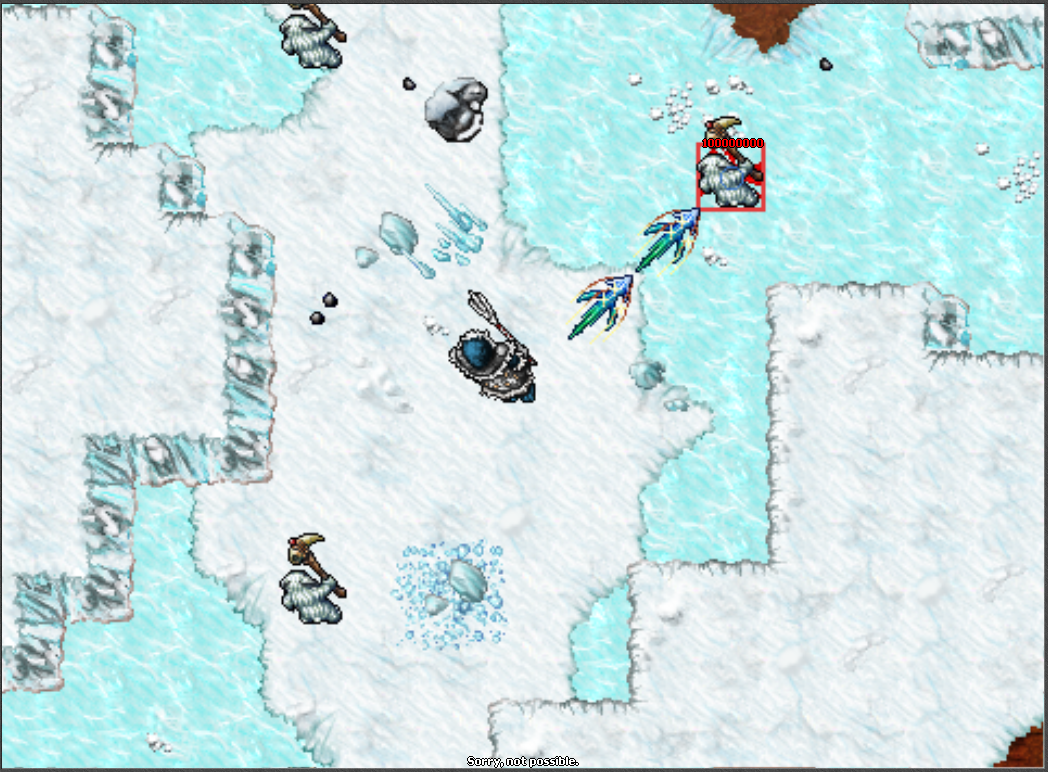 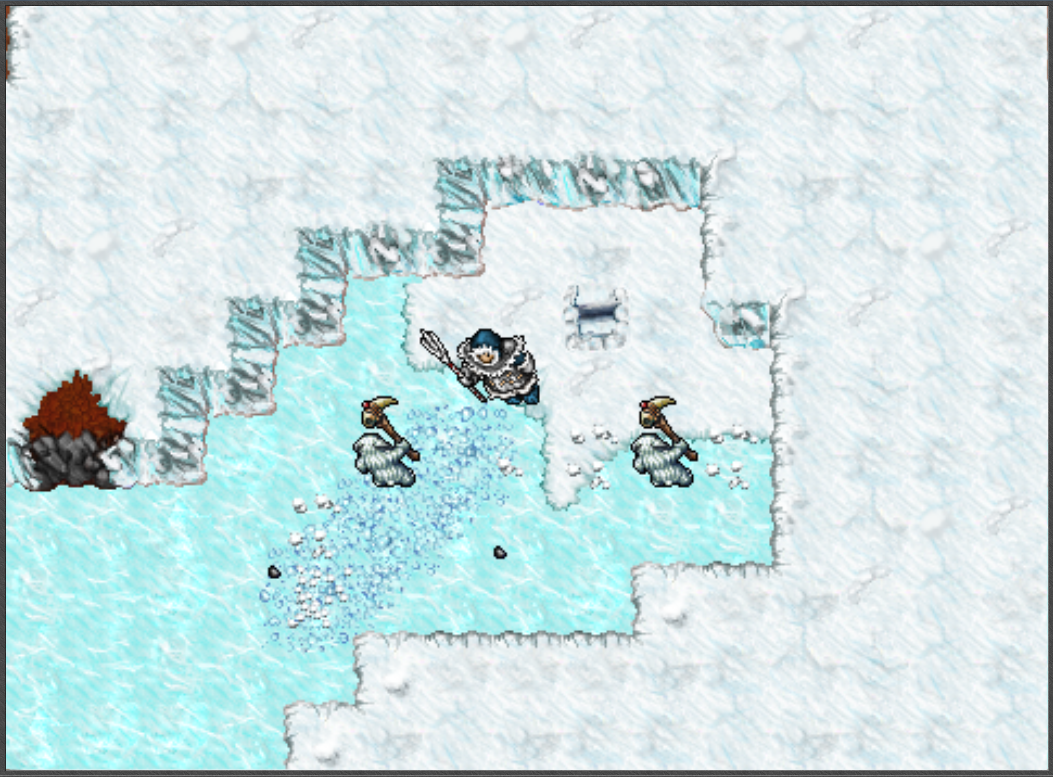 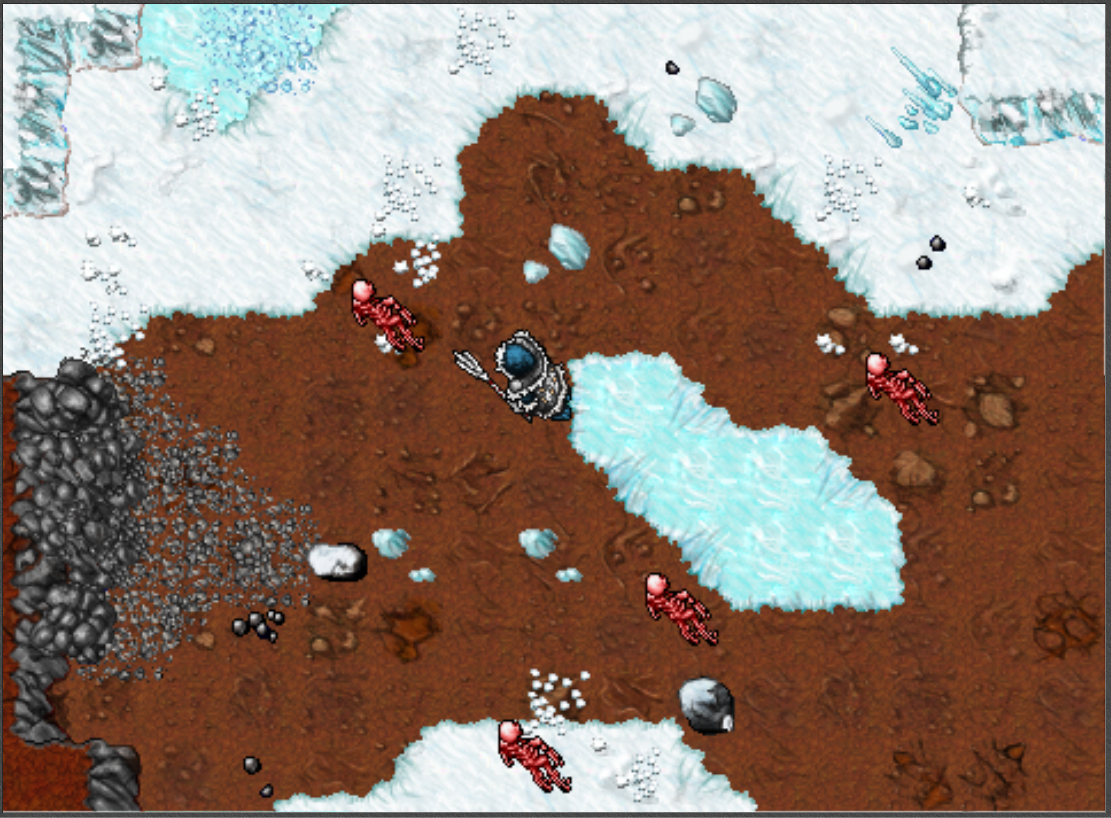 How are you feeling today? I'm feeling Wells! Usually we advice our startup Xerazians' to head to Wells at 200 rebirth to show them that there are other cities and more areas to explore other than the teleports at temple. But we found that the average Xerazian had to move from Wells to Darkness too quickly and never have to to visit it back again, yet, Darkness at it's own is not the best place to hunt there because it has only one small size spawn that is full of walls and doors that interrupt the hunting and make it less enjoyable. So we are removing Darkness from the game and expanding Wells.

As we've been online for years now with no resets, the rebirth gap has been climbing up and thus reducing the oppunity for new players to catch up. We are taking this down abit by increasing the exp rate for low rebirths to give them a chance to catch up with the content and other players, we're not going to give rates here as the old rates were never published. We've also improved the hunting mechanism by introducing a new command to enable auto attack (!autoattack
Last edited by Moderator; 2018-02-06 7:46 .

2018-02-05 #23077
The freeze change is the worst change of the patch IMO, it means you can no longer kill a higher reb than you in a 1v1. In fact I don't think anyone is able to kill anyone 1v1 now. The freeze mechanic actually put some skill into pvp in tibia in a unique way, and this change just ruined that.

when can I see this update implemented on the other server Highexp.us

i'm waiting for it